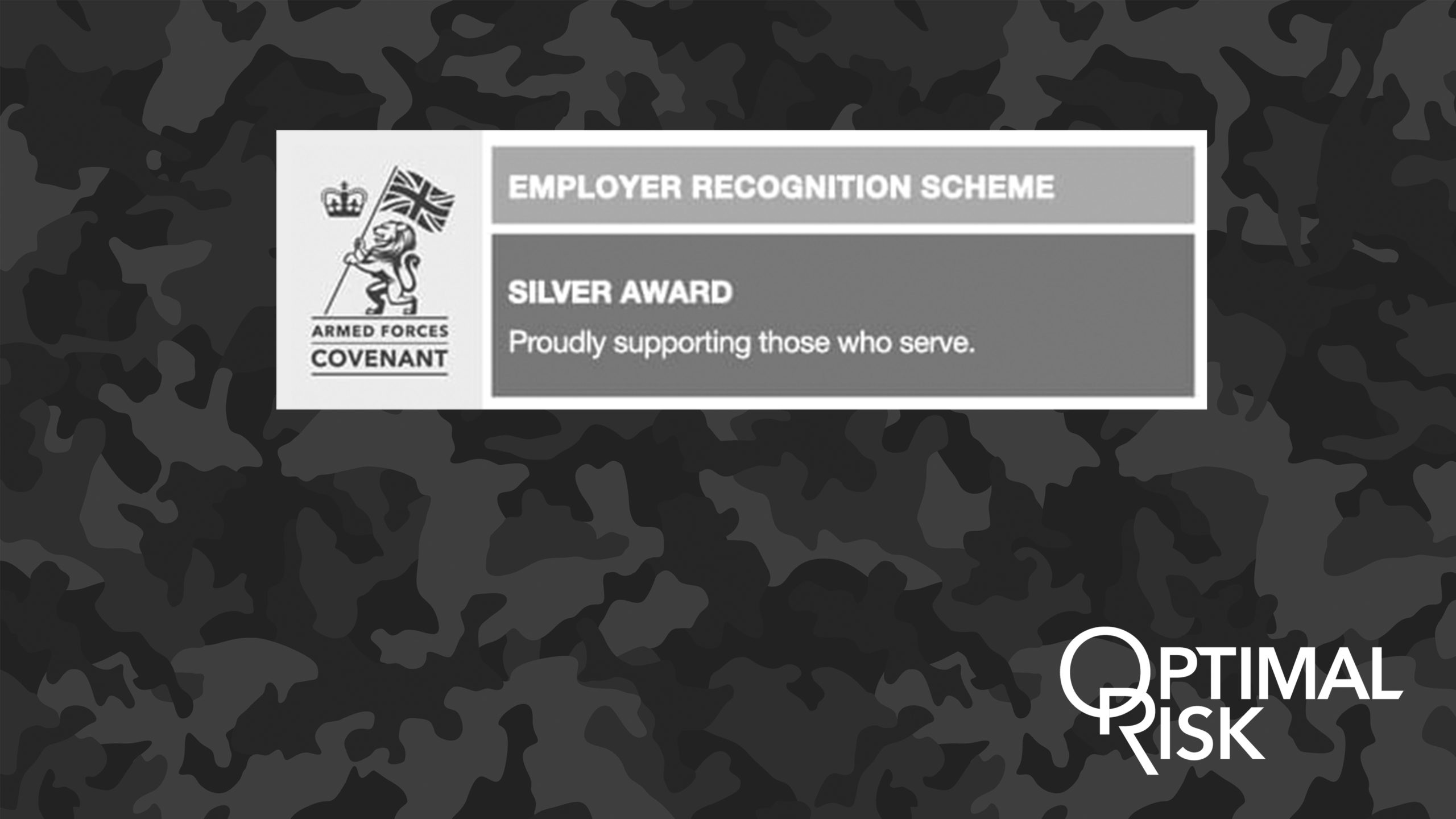 ptimal Risk Group were recently awarded Silver by the Defence Employer Recognition Scheme (ERS). The Defence Employer Recognition Scheme (ERS) encourages employers to support the Armed Forces Veterans and inspire others to do the same. The scheme encompasses bronze, silver, and gold awards for employer organisations that pledge, demonstrate or advocate support to defence and the armed forces community, and align their values with the Armed Forces Covenant.

The Optimal Risk Group has for many years supported Armed Forces personnel and during 2021 was recognised for that dedication to Armed Forces veterans, spouses and their families.

Optimal Risk Training have developed two brand new training courses, both of which are Level 4 qualifications on the RQF with QNUK as the awarding body.

The first course is Covert Operations and Threat Management which we developed in collaboration with BAE Systems.

This demonstrates to managers in the commercial world the scope and level of threats posed by malicious agents to their organisation and how they might counter those threats. Topics covered include covert methods of entry (including lock picking), the high level planning used by some malicious agents and the technical devices and associated techniques that can be used to infiltrate organisations. There are numerous demonstrations by highly experienced former covert operators from Government and Police backgrounds and several practical exercises to reinforce the training.

This course has been successfully delivered to staff from both BAE and the UKHSA and is now being offered more widely across the commercial sector..

The second course is in Physical Penetration Testing. Optimal Risk staff have a long history of conducting penetration tests within the commercial sector and have teamed up with covert operational experts to write and develop this ground breaking course which will be launched in mid April. It is the only accredited RQF Level 4 course currently available in this skill.

We also became Safer Contractor Approved, demonstrating our compliance with industry standards for our roles in CCTV, Security, Training and Risk Management creating even greater confidence with our client network worldwide.